HomeInstallation of a pedestrian and cycle bridge in Stockholm successfully completed 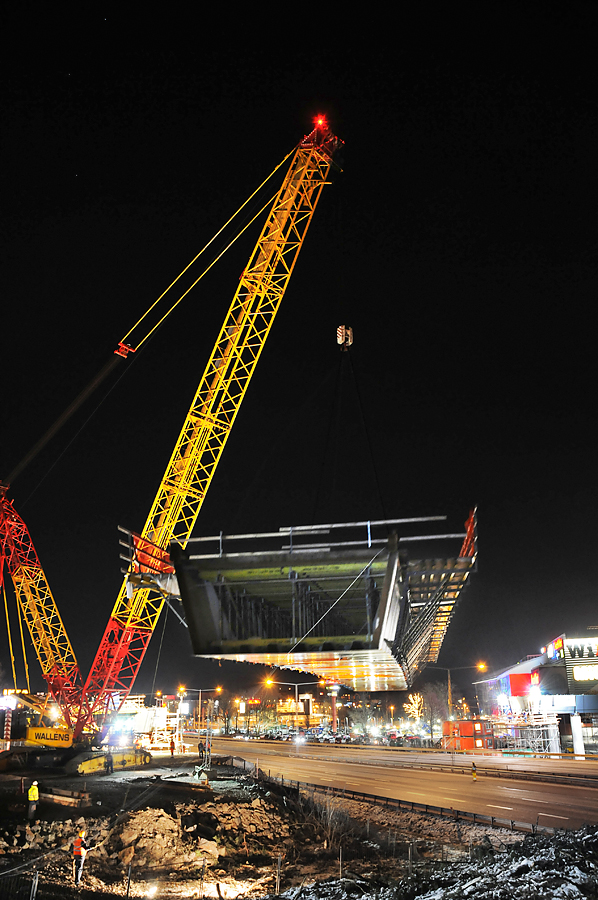 Installation of a pedestrian and cycle bridge in Stockholm successfully completed

Vistal has just finished assembling a pedestrian and bicycle bridge in Kunges Kurva, a district of Stockholm. The entire structure, weighing a total of 235 tonnes, was manufactured at the production plant in Gdynia and then transported to Sweden in 10 elements on trucks. At the construction site, the structure was joined into three sections and then assembled. The bridge will be opened to pedestrian and bicycle traffic in autumn 2016.

The author of the photo is Peter Sten.

Wszystkie prawa zastrzeżone, © Copyright VISTAL Gdynia S.A. 2013 - 2022
As part of our website, we use cookies, among others in order to adapt the website to the user's individual and statistical needs. Using the website without changing the cookie settings means that they will be stored on your end device. You can change cookie settings in your browser at any time.AcceptPrivacy Policy RODO